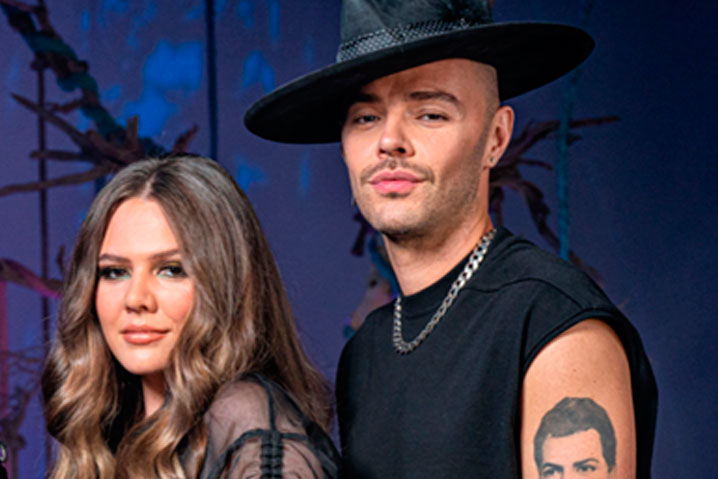 Jesse & Joy is a Mexican pop duo formed in 2005 by brother and sister Jesse and Joy, in Mexico City. The duo has released four studio albums, one live album and one EP on Warner Music Latin, have toured internationally, and have been recognized with a Grammy Award for Best Latin Album and six Latin Grammy Awards in various categories.

“Jesse & Joy are probably some of the purest, most talented artists of our generation,” wrote Latin Times.[4]

The Huerta Uecke siblings were born in Mexico City to a Mexican father and American mother.[5] In 2001, inspired by their parents’ love for classic, rock and folk music, when they were 18 and 15 years old respectively, they began writing music and songs with their father using instruments from his church, which they attended as children.

Jesse & Joy released their debut album Esta Es Mi Vida in 2006 under Warner Music Mexico. Their debut single “Espacio Sideral” was certified gold by the Asociación Mexicana de Productores de Fonogramas y Videogramas (AMPROFON), while the album reached the top twenty on the Mexican Album Chart and was certified platinum by the AMPROFON, helping the duo to win the Latin Grammy Award for Best New Artist the next year.