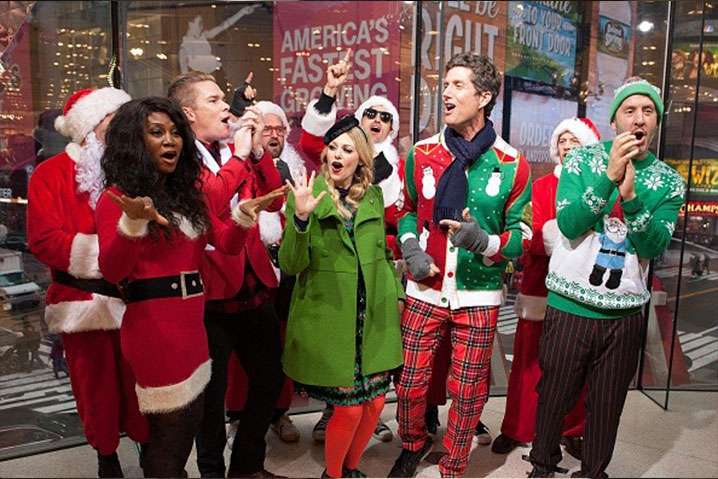 Band of Merrymakers is a rotating-cast holiday supergroup created by hit songwriters Sam Hollander (Panic! At The Disco, Fitz & the Tantrums, Katy Perry, Train and One Direction) and Kevin Griffin (Taylor Swift, Sugarland, Blondie and Meatloaf).

The group was established with the philanthropic goal of raisingawareness and donations for non-profit organizations and charities. All Band of Merrymakers proceeds will benefit MusiCares, a charity founded by the Recording Academy™ that ensures music people have a place to turn in times of financial, medical, and personal need.

Band of Merrymakers is currently hard at work on the highly anticipated follow-up to their debut album Welcome to Our Christmas Party, and their new single “Christmas Everyday” featuring Charity Daw gets the sleigh ride started on Nov. 9, when the song will be available on iTunes, Spotify, Apple Music, DEEZER, Tidal, Pandora and Shazam. Welcome to Our Christmas Party was released in 2015 on Sony Masterworks, and broke the Top 10 on the iTunes Holiday Albums Chart.